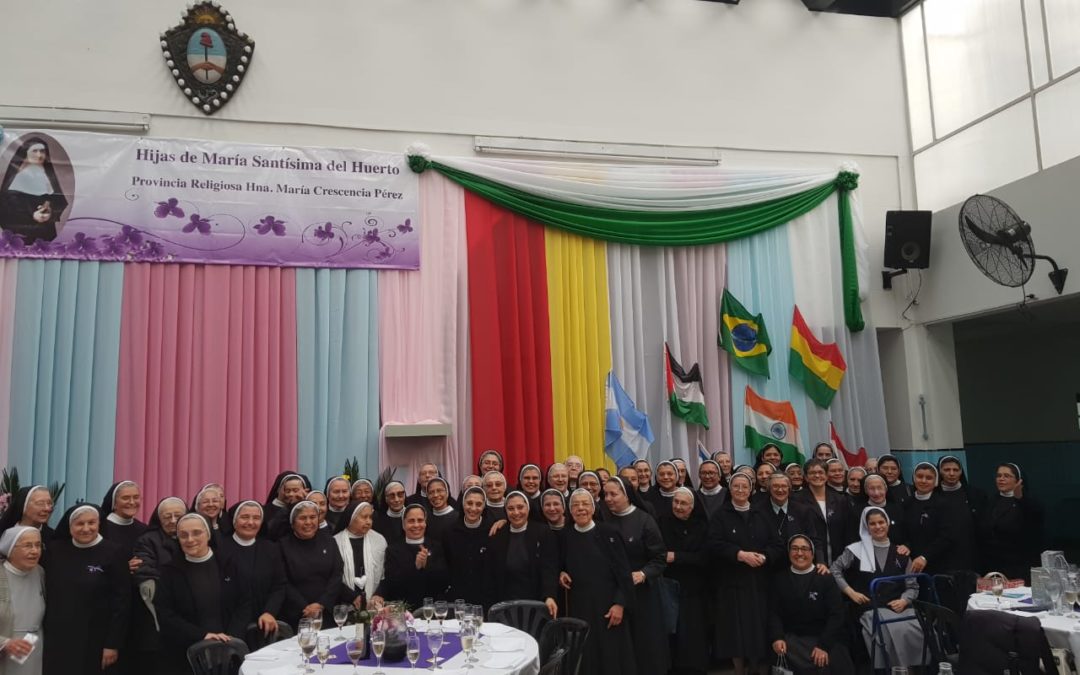 Early in the morning of May 18, 2019 the festive environment surrendered the Provincial house of the Daughters of Our Lady of the Garden in Buenos Aires. Sisters from different countries in South America gathered together for the opening of a new Religious Province, named “Hermana Maria Crescencia Perez,” honoring one of our Sisters who was beatified in 2012, and who is an example of simplicity and humility for each of the Daughters of Mary. Superior General, Mother Gladis Eberhardt read the official decree, and Father Carlos Perez, Sr. Crescencia’s nephew, gave a message of gratitude. With Mother Lidia Gonzalez as Provincial, this Religious Province includes Chile, Uruguay, Spain, and the Southern region of Argentina.