Second Step in the Process of Reorganization of Our Institute 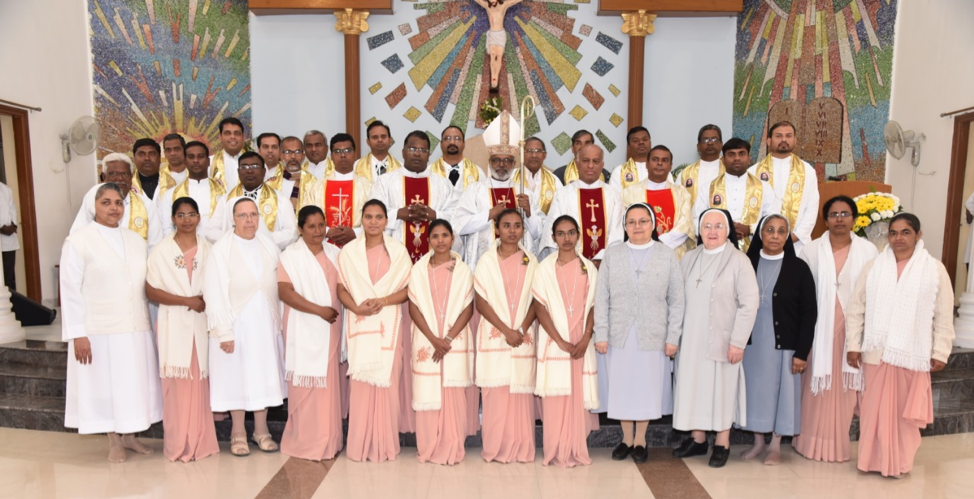 On January 12th 2019, a new page in the history of the Daughters of Our Lady of the Garden opened in Indore, India.

According to the Decree sent from Rome by our Mother General, Sr. Gladis Noemi Eberhardt, and read by the General Councilor Sr. Philomina Vadakekanna Mangalathu, the former Indore Province is now known as ST. MARY’S PROVINCE. Besides all its existing communities in India, this Religious Province includes the three communities of the Institute in the USA, the one in Papua New Guinea, and any community that may be started in these countries in the future.

The solemn ceremony was celebrated at the Holy Spirit Parish in Palda, Indore, presided by the Bishop, His Eminence Chacko Thottumarickal, and concelebrated by more than twenty priests. In addition, witnessing this event were two Sisters from Italy, including the Provincial, Sr. Giovanna Petronio, two Sisters from the New York community representing the USA, a Sister from Papua New Guinea, and a good number of Religious Sisters from our Congregation and other Religious Orders. This great event was crowned with the First Vows of four of our Novices, on the 190th anniversary of the Foundation of our Institute. We are eternally thankful for the presence of our new Sisters’ parents, the Parish Pastor and all the priests involved with the apostolic mission of the Daughters of Our Lady of the Garden, present at this Eucharistic Celebration.